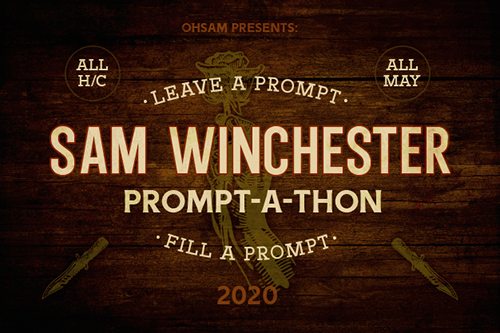 Title: A Debt Fulfilled
Fandoms: Torchwood/MCU/DC Comics
Pairings: Bucky/Tim, Steve/Tony, Natasha/Tosh, Loki/Thor/Tim Drake and Phil/Clint
Summary: Loki owes Tony Stark for defeating Thanos what better way to replay him than to reunite him with his son. Only Loki had no idea what Tim would come to mean to him and Thor. He was the missing spark to their bond.

Tim finally finds a family and love that he has been longing for.

Read the Fic on AO3 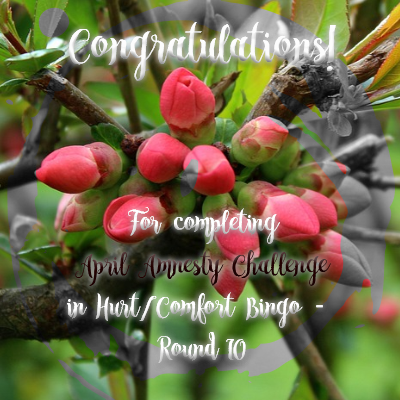 Summary: Jack has a question to ask. Sam just wants to eat his salad. Dean calls Sam baby boy.
Pairing/Character: Dean/Sam, Jack
Warning: Implied bottom Sam
Author Notes: This was written for theymp for this years SPN Spring Fling. You can read it also on AO3 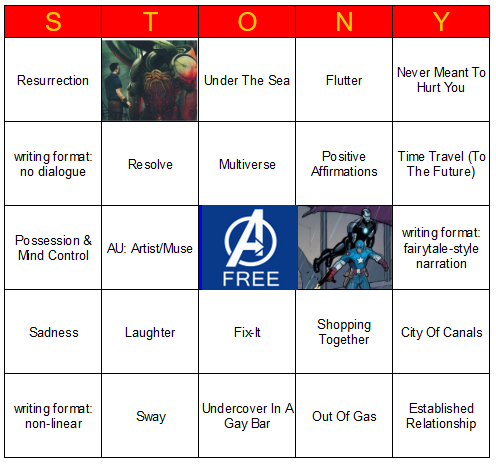 My goal to keep myself motivated is to try and write daily and with Camp NaNo coming up in April I thought this would be perfect. I am going to try and write at least a prompt a day. It will be various fandoms and pairings. 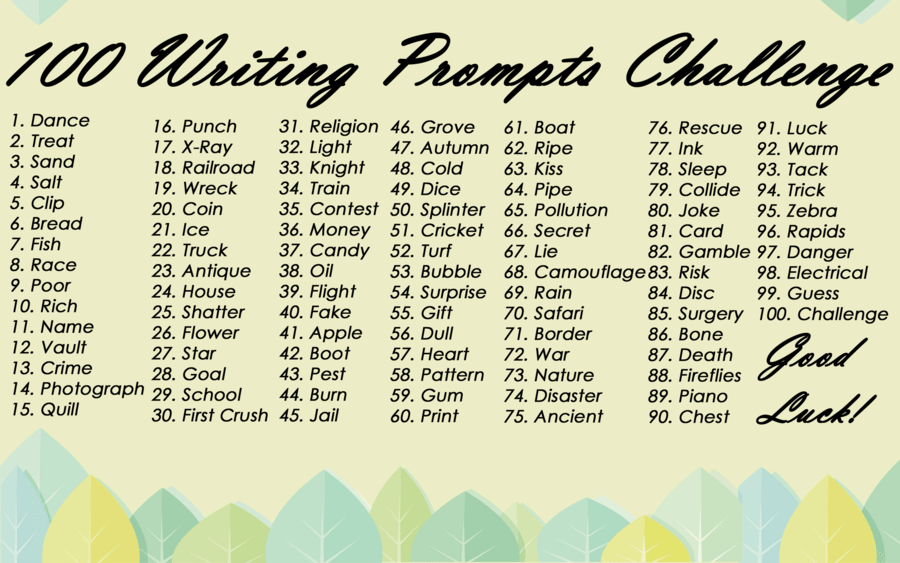 Copied from the amazing casey28 ...NO GOOGLING ALLOWED. Do this using your own brain power. Every answer must start with the first letter of your FIRST name. THIS IS HARDER THAN YOU THINK.WEAR – ScarfDRINK – Sprite PLACE – Sweden FOOD - Strawberries ANIMAL – Seal GIRL’S NAME - Sara BOY’S NAME - StevePROFESSION – Song WriterWORD TO DESCRIBE SOMEONE - SweetSOMETHING IN YOUR HOME - ShoesBODY PART - SkullYOUR FIRST NAME – Sherri COPY, PASTE, & HAVE FUN.

Title: Lost Bird
Fandoms: DC Comics/MCU
Pairings: Dick/Tim, Steve/Tony/Bucky, Phil/Clint,Natasha/Pepper, Rhodey/Sam, Cassandra/Darcy, Roy/Kory/Jason, Thor/Loki, Bruce/Diana, Bucky & Tim
Summary: Outcast from his pack Tim Drake-Wayne is broken. An omega needs it pack and he thought he had found one with the rest of the Wayne family and that he had found his alpha in Dick but now cast aside Tim is left adrift.

Steve Rogers will be the first one to say that Bucky has a habit of picking up strays and he isn't at all surprised when Bucky brings home the abandoned omega Tim. It takes time but slowly Tim finds happiness with the Avengers and possibly found the pack he always wanted. So, of course, that is when the Batfamily arrives wanting their lost bird back. Can they prove to Tim that he is wanted by them? That he is pack? And will the Avengers even let them talk to Tim?

Author Notes: I know I have lots of fics to finish but this Alpha!Bucky adopts omega!Tim has been driving me nuts and won't leave me alone. So here it is.

So I'm currently on lock down as I woke up with a sore throat this morning. My doctor has ordered me to stay home for the next little while. Thankfully it will give me time to write and catch up on all my shows and movies I still need to watch.
Collapse